Roses are red
Violets are blue
Here's my blog
And it's just for you!

Hello dear readers and a warm valentine welcome to you all and a special hello to a new follower to my blog, Caroline. Happy to have you aboard Caroline.

I know some of you are eager to find out how my little project got on, so I won't delay any more.

As many of you know, I knocked up a simple little footprint tunnel trap to find out what was living down the bottom of my garden. Well day one passed and there was nothing to be seen, but come day two and I found this:

It would seem that I have a hungry little mouse at the back of the garden, or maybe several mice as the whole supply of nuts that I laid as bait were gone. So the project was a success after just two days, unlike my Waxwing feeder which never attracted anything. But hey, if you don't try, you don't know.

I came up with another little plan this week, but I will tell you more about that later when the weather gets better, in the meantime, back to my moth trap, the MK2.

Yes, as regular followers to my blog know, I decided to rebuild my moth trap after the original (MK1) got a little warped and buckled. The MK2 had to be stronger and sturdier and I when I thought I had finished it, Duncan (Twitter friend) pointed out it was missing the ever important rain guard. Well spotted Duncan.

I tried using perspex, but that just cracked and splintered everywhere, even when using a perspex saw, which I bought especially for the task. Thankfully, good old wifey and her artistic skills stepped in and she created a beautiful chunky glass rain guard.

All I had to do now was attach said guard to the moth trap. I did consider drilling two holes either side with a glass cutting drill bit, but knowing my luck, I'd still break it. Then, I had a brainwave that was soooo good, I had to have a lie down for the rest of the afternoon.

There's this new stuff called Sugru, which is pretty damn good. It's a silicone putty that can be moulded into any shape you require and it sets within 24 hours and is pretty strong when it sets too. In fact, you really should watch their video here (Feel free to send me some free samples Sugru ;))

So, with some Sugru

Some drilled aluminium lengths from a hobby shop

With one sachet of Sugru, I split it in half, rolled each into a ball and pushed a magnet into one side of it. Be sure you know what side up the magnets are, otherwise they won't stick to each other, they'll just repel.

Then I stuck that onto the glass like so

I done the same to the opposite side of the circle and left for 24 hours to set. Next I measured cut and bent the aluminium strips into shape. Using another sachet of Sugru, and another two magnets, I done the same again (don't forget to check which way up they are!) and stuck them to the top like so

Again, these were left for 24 hours.

OK, next day all should be set and ready to go. Let the aluminium strips connect via the magnets to the guard and then place the whole set up on your moth trap. This will show you where you need to attach the strips. Drill and screw the strips in place like so


Now, roll on spring, lets have some moths.

News from the nest box

Yes, the nest box is still getting much interest from the blue tits. They seem to pay a visit every morning between 8-9am.

I love the rigorous checking of the box to make sure it's structurally safe to raise a family in. So much so, it even removed a splinter from the entrance hole, very health and safety conscious.

Apparently, I was wrong last time when I said the male was checking out the interior whilst the female looked. "BurnleyFan" (no-one's perfect) on Youtube pointed out that it was the other way round as it's the female who does the wing shuffles in the box, making sure she has enough room. Thank you BurnleyFan, much appreciated. 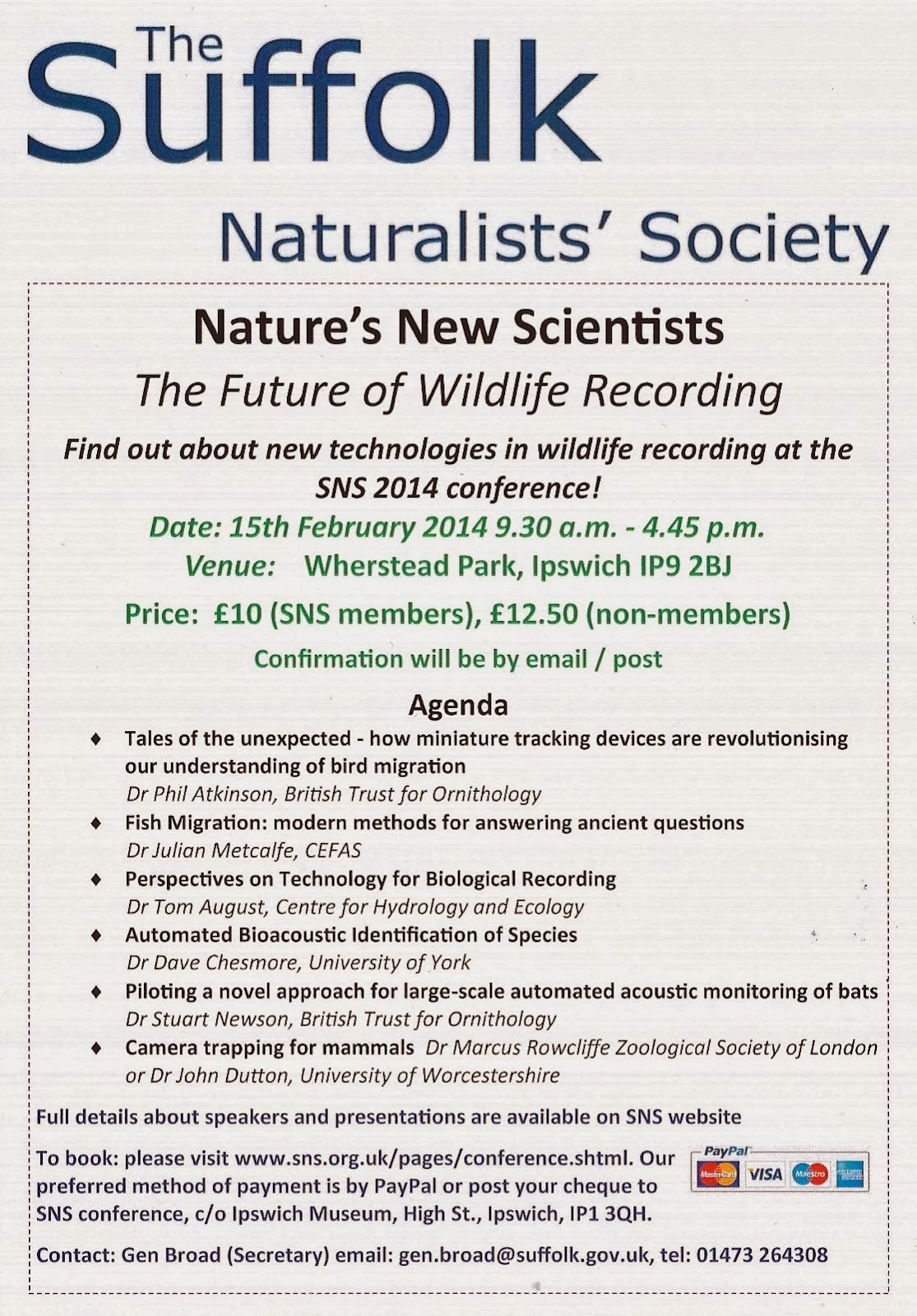 This is on tomorrow (15th February) at Wherstead Park, Ipswich and there's still time to buy tickets. There's going to be lots going on as you can see and I hope to see you there, please do say hello if you see me.